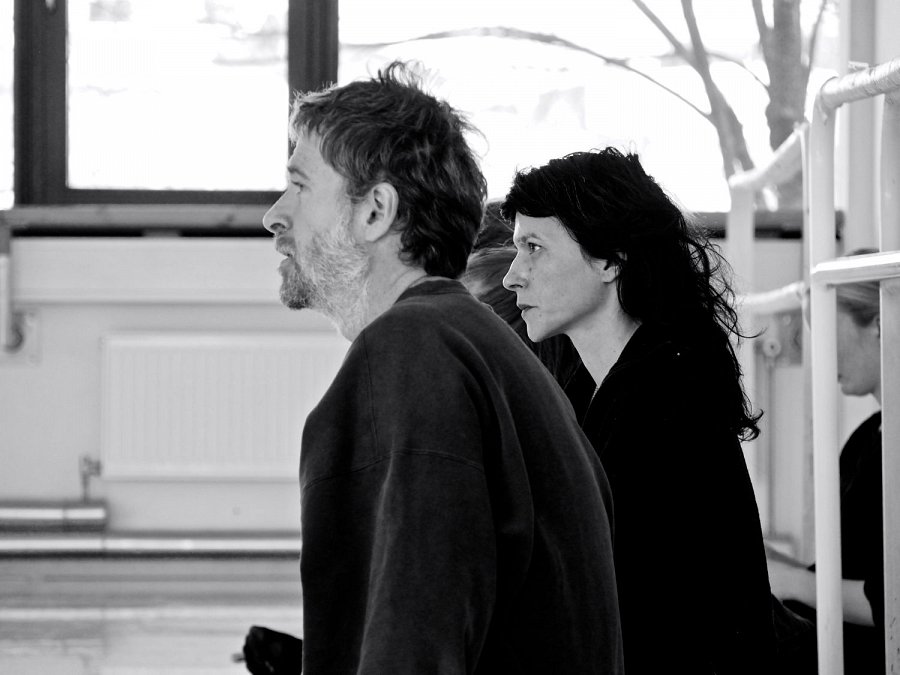 How do we distil an idea until we understand what interests us about it? How do we go from brainstorming, images, experiences and references to body work? How do we articulate the different body, sound and scenographic materials? What is the place of our creative process in the world around us?

In this workshop we will explore these questions as inherent elements to creation process that do not seek universal answers but activate questioning, listening, decision making, intuition and attempt. We start from the idea that a creation is the process of inquiring the imaginary and, at the same time, a concrete way of putting us in relation with the reality that surrounds us and placing ourselves in front of it. Because of this, we relate to the time and space veiling the creation process, as to an act of resistance against such concepts as productivity, rapidity, efficiency, and accomplishment which characterise the contemporary society and try to interfere more and more with the artistic creation.

This workshop aims to develop working methods that stimulate research, practice and discussion. Through notions such as resistance, the unknown, conflict or limits, we will immerse ourselves in exercises that involve abandoning the paths already taken or recognisable formulas to encourage the invention of new spaces from which to impulse creation. In the workshop each participant will work on their own projects, interests or concerns. The practical exercises, which will be both individual and collective, are combined with discussions that encourage the learning process, thus evacuating the conventional forms of transmission and creating a common place where advancing is possible thanks to the exchange of practices, ideas and points of view. The main objective of this workshop is to identify the tools that allow us to discover the potential of each process, while developing a critical view on our own work.

In 2016, German Jauregui and Antia Diaz started an artistic collaboration that includes creation, research and teaching practices. They co-directed the pieces Isaac y Diola (2016) and Rassemblement (2019). From these creations as well as from their previous experiences, they began a reflection on the creation process, its methods and forms of organisation. All these practices have given rise to the An approach to a creation process workshop which is held in different centres, festivals and universities such as the University of Music and Dance of Koln (Germany), Iwanson International School of Contemporary Dance of Munich (Germany), SEAD-Salzburg experimental academy of dance (Austria) and Marosi Festival (Italy), among others.