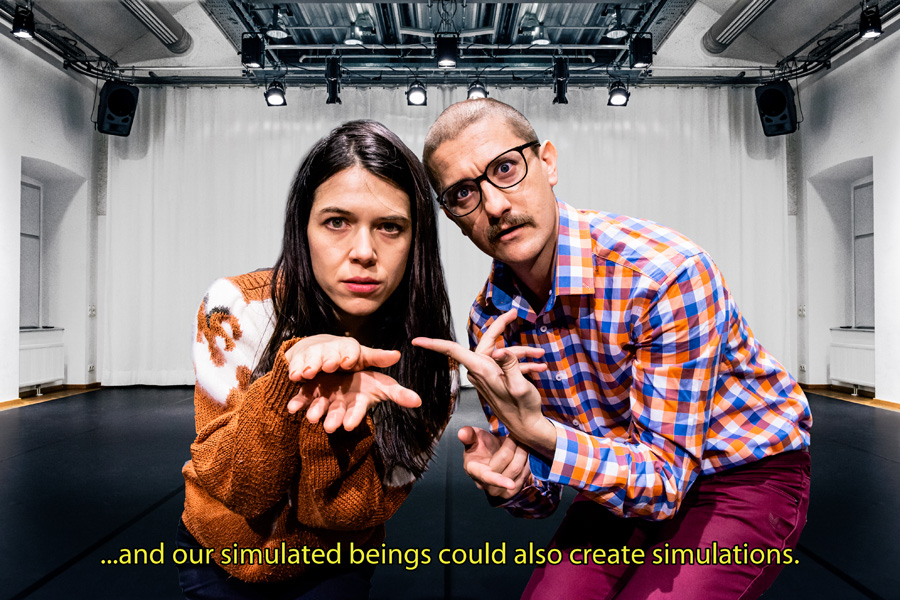 In Speaking of Which, two performers establish kaleidoscopic thought-connections making mental leaps between physics, philosophy and theology. In a dialogical structure between themselves on stage and their pixelated alter egos in a dance studio, they pose a series of questions addressing superstitious science, fanatic relativism, atheistic christianism, esoteric legitimacy, delusional concreteness and other intriguing paradoxes.

“…if our questions were not paradoxical, if we knew what we were doing, it wouldn't be called research, would it? The moment of awe, of not understanding but wanting to understand, of being overwhelmed, of having half grasped and half ceased to understand what has been said. This moment is precious."  Navaridas & Deutinger

With the kind support of